Watch
Add to favorites
20 Speakers
19 Talks
500 Attendees
5 Hours of content
This page was created based on publicly available data without event host participation.
If you represent Postman, Inc. - please contact us

Developer Advocate at Slack
Bear Douglas is a Developer Advocate at Slack, where she and her team help developers build more pleasant and productive ways to work. Before Slack, she led the Developer Relations teams for the mobile and data platforms at Twitter, and worked on native mobile DevRel at Facebook and Parse. She’s passionate about developer experience, great documentation, and a cappella music.
More

CEO and Founder at Postman

Co-Founder and Chief Architect at Nimbella

Director of Developer Relations at Camunda

Software Engineer at Warren for President

Co-Founder and CTO at Transposit

Senior Integration Engineer at PayPal
See all speakers
See less
Watch
Don't miss out!
At the conference were present speakers from companies including Atlassian, Twitter, Slack, Kroger, Cisco DevNet - and of course, Postman.

Getting Ahead of Engineering: Peter Durlacher and Brian Thompson, EasyPost | POST/CON 2019

Getting Ahead of Engineering: Peter Durlacher and Brian Thompson, EasyPost | POST/CON 2019 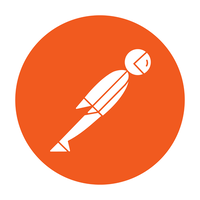 950 conferences
37772 speakers
14419 hours of content
Never miss another conference on this topic
Subscribe Subscribed
We use cookies on this website to enhance your browsing experience, measure our audience, and to collect information useful to provide you with more relevant content. By continuing to use this website, by closing this box, or by clicking here, you are indicating your consent to our use of cookies.
I agree
Ticket contents