Watch
Add to favorites
21 Speakers
15 Talks
2000 Attendees
4 Hours of content
This page was created based on publicly available data without event host participation.
If you represent OSHWA - please contact us

Speakers include world renowned leaders from industry, academia, the arts and maker community. Talks cover a wide range of subjects from electronics, mechanics to related fields such as digital fabrication, fashion technology, self-quantification devices, and IP law. As a microcosm of the Open Source Hardware community, the Summit provides an annual friendly forum for the community.

Founder and CEO at littleBits
Ayah Bdeir is an engineer and social activist. She is the inventor of littleBits, the electronic building block that has transformed STEM education for millions of kids around the world.

For over a decade, Bdeir’s work has centered around empowering everyone to be an inventor — by modularizing and democratizing electronics, by pioneering new ways of learning through play, and by reimagining the relationship between technology and creativity. Bdeir has been particularly focused on empowering underrepresented communities with the tools to become tomorrow’s changemakers.

In 2009 Bdeir co-founded the Open Hardware Summit and helped shape the principles by which Open Source is applied to hardware.

In 2011, Bdeir founded littleBits Electronics Inc., and raised over $100 million from prominent investors in Silicon Valley and New York. The company was acquired by Sphero in 2019 and together have become a leader in STEAM (Science, Technology, Engineering, Art, and Mathematics) education. Today, more than 20 million “Bits” are in the hands of kids, teachers, artists… in over 70 countries. And littleBits has won over 150 awards including Toy of the Year.

In 2019, when a revolution broke out in Lebanon, Bdeir’s home country, she went back to Beirut and co-founded a platform to help political and civic activists use technology to further democracy. The platform, called Daleel Thawra (Eng: Directory to the Revolution) reaches over 35,000 people in Lebanon and continues to grow.

Director of Product at Supplyframe
Sophi Kravitz is equal parts electronics engineer, playground ride designer, and artist. She works as the Director of Product at Supplyframe where she builds partnerships that bring the hardware community closer together. Recently, she put together short videos about the Badgelife phenomenon and Hardware Security. Her next project is a video on chip counterfeiting. As a main instigator of the Hackaday Superconference, she also champions many initiatives around gender equality and works behind the scenes on Hackaday.io. Her first conference talk was at OHS 2013, and she has attended all but one of the summits since.
More

Additive Manufacturing & Product Engineer at re:3D
Jeric Bautista is an engineer and interdisciplinary designer, holding a Bachelor of Science in Mechanical Engineering & Design, Innovation, and Society from Rensselaer Polytechnic Institute. His interest in product development led to a passion for additive manufacturing, and Jeric now develops large-format 3D printing solutions as an Additive Manufacturing and Product Engineer for re:3D. Apart from 3D printing and product development, Jeric is also interested in how design tools and methodologies can apply to everyday life. When out of the office, Jeric spends time enjoying the outdoors and staying active within Houston’s creative community.
More

Leader of the hardware and timing group at CERN

Founder and CEO at System76

Assistant Professor at University of Washington

Entrepreneur In Residence at Carbon180

Keynote From Basement to Graduation: How Open Hardware Grew Up

Panel Discussion – A Decade Backward and a Decade Forward

How Hardware Learns: Five Years in the Life of an Open Source Flood Warning Design

I’m Giving it all She’s Got: Troubleshooting with Obsolete Hardware in Archives and Museums

Keynote From Basement to Graduation: How Open Hardware Grew Up

Panel Discussion – A Decade Backward and a Decade Forward

How Hardware Learns: Five Years in the Life of an Open Source Flood Warning Design

I’m Giving it all She’s Got: Troubleshooting with Obsolete Hardware in Archives and Museums 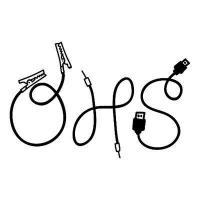 951 conferences
37820 speakers
14451 hours of content
Never miss another conference on this topic
Subscribe Subscribed
We use cookies on this website to enhance your browsing experience, measure our audience, and to collect information useful to provide you with more relevant content. By continuing to use this website, by closing this box, or by clicking here, you are indicating your consent to our use of cookies.
I agree
Ticket contents