Watch
Add to favorites
110 Speakers
29 Talks
7 Days
3 Hours of content
This page was created based on publicly available data without event host participation.
If you represent The Computer Vision Foundation - please contact us

I worked for Microsoft for 23 years, both on the research and product sides of the company. From computer vision and graphics research to establishing the Microsoft Research Asia lab to leading engineering for Bing and leading Microsoft Research globally, my experience has given me a unique perspective.

I am an optimist. We are working every day to bring the best innovations to the world, pushing AI out of the labs and into the mainstream. There is still so much to learn and deliver around AI and research. We are just starting to scratch the surface of what it can do.
More

Joining Microsoft in 1992, he quickly became known as a leader who could span a breadth of technologies and businesses to transform some of Microsoft’s biggest product offerings.

Most recently, Nadella was executive vice president of Microsoft’s Cloud and Enterprise group. In this role he led the transformation to the cloud infrastructure and services business, which outperformed the market and took share from competition. Previously, Nadella led R&D for the Online Services Division and was vice president of the Microsoft Business Division. Before joining Microsoft, Nadella was a member of the technology staff at Sun Microsystems.

Assistant Professor at The University of British Columbia

Professor and Interim Chair at University of Maryland

Teaching Assistant at University of Maryland

Director and co-Founder at Artisense

Computer Science at University of Waterloo

Professor at University of California, Berkeley

Associate Professor at University of Toronto

Professor at University of Modena and Reggio Emilia

Associate Professor at University of Zaragoza

Ph.D. Candidate at University of Oxford

Senior researcher at University of Oxford

DPhil Student at University of Oxford

Professor at University of Oxford

PhD Student at The University of Texas at Austin

A Lighting-Invariant Point Processor for Shading

A Lighting-Invariant Point Processor for Shading 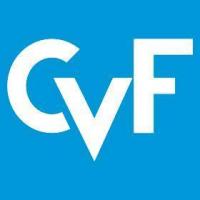 946 conferences
37606 speakers
14373 hours of content
Never miss another conference on this topic
Subscribe Subscribed
We use cookies on this website to enhance your browsing experience, measure our audience, and to collect information useful to provide you with more relevant content. By continuing to use this website, by closing this box, or by clicking here, you are indicating your consent to our use of cookies.
I agree
Ticket contents