Watch
Add to favorites
55 Speakers
23 Talks
2 Days
11 Hours of content
This page was created based on publicly available data without event host participation.
If you represent LINQTO - please contact us

Global Investor Conference (GIC) provided clients and guests with a unique opportunity to learn about the latest trends in private equity and venture investments.

Co-Founder and CEO at Lightning Labs
Elizabeth Stark is CEO and Co-Founder of Lightning Labs, where she is building a programmable financial layer for the internet with fast, scalable bitcoin transactions. She is a fellow at Coin Center, the leading digital currency policy organization, and an advisor to numerous cryptocurrency companies and initiatives. Stark previously taught at Stanford and Yale University about the internet's impact on society, the economy, and the law, and was a visiting fellow at Yales Information Society Project. She has worked with startups in areas ranging from decentralized technology to AI and was an entrepreneur-in-residence at Stanford StartX. Stark holds a J.D. from Harvard Law School.
More

CEO at GlobaliD
Believer that one's identity credentials should be truly portable and owned by individuals themselves rather than corporations or governments. The trade-off between security and privacy can meet the needs of both traditional institutions worried about compliance and risk, but also consumer protection advocates who care about the underserved and underbanked.
Advisor/Investor via hardyaka.com for numerous startups in the exchange space including Shift, Ripple and 3taps, and previously Square and Twitter. Previously a director at Promontory Financial and a senior analyst for payments at The Board of Governor of the Federal Reserve. Senior Associate at Booz Allen. Founded and took Dispatch Management Services Corp public on the NASDAQ. Have worked as an instructor/leader for Outward Bound and the National Outdoor Leadership School.
More

Member, Board of Directors at Beyond 12
Previously, Ethan Beard served as Director of the Facebook Developer Network, where he oversaw worldwide developer relations, operations and productmarketing for the Facebook API.
Prior, he served as Director of Business Development at Facebook leading the team responsible for creating and managing strategic partnerships. Ethan joined Facebookfrom Google, where he served as Director of Social Media and Director of New Business Development.
Prior to Google, he spent several years as Director of Business Development for MTV Online. Earlier in his career, Ethan co-founded BigSoccer, an online community and store for soccer fans, and spent time structuring derivatives at Bank of America.
He holds a Bachelor of Science in Economics from the Wharton School of Business and an MBA from NYU Stern. Ethan supports a variety of non-profits including as a board member for Beyond 12 and represent.us. He is also an active member of the Silicon Valley band Coverflow. Originally from New England, Ethan now resides in San Francisco with his wife and two children.
More

CEO and Founder at Krypital Group

Co-Founder and CEO at FalconX

Head Of Business Development at UBS

Co-Founder and President at GSR

Assoc. Professor of Finance at University of Oregon

Board of Directors at Digital Asset Management Ltd

Co-Founder and President at CrossTower

Building Today for a Future Tomorrow

Paradigm shifts from CeFi to DeFi: An Asian Perspective

The Rise of European VC Investing

From Seed from Growth: Moving the Digital Asset Space Forward

Building Today for a Future Tomorrow

Paradigm shifts from CeFi to DeFi: An Asian Perspective

The Rise of European VC Investing

From Seed from Growth: Moving the Digital Asset Space Forward 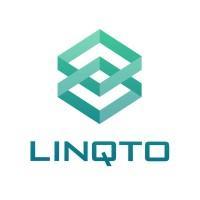 816 conferences
32658 speakers
12329 hours of content
Never miss another conference on this topic
Subscribe Subscribed
We use cookies on this website to enhance your browsing experience, measure our audience, and to collect information useful to provide you with more relevant content. By continuing to use this website, by closing this box, or by clicking here, you are indicating your consent to our use of cookies.
I agree
Ticket contents