Watch
Add to favorites
52 Speakers
14 Talks
6 Days
14 Hours of content
This page was created based on publicly available data without event host participation.
If you represent CNAS - please contact us

The Center for a New American Security (CNAS), in partnership with Axios, presented the 15th Annual CNAS National Security Conference,  A New American Security. The virtual conference explored the new challenges, ideas, and voices transforming America’s national security landscape. It featured a series of interactive online sessions on issues such as technology and economic competition, the future of defense, and the challenges to democratic values. The conference showcased a new generation of national security voices, including in “The Pitch,” the Center’s annual competition of ideas, held before an interactive audience and distinguished panel of judges. This multi-day conference culminated in a live virtual strategy game around the issues shaping the Department of Defense’s next National Defense Strategy.
#american security #crypto #global digital order #military recruitment #national security #protecting democracy #strategy
Share

Secretary of Defense at Defense
Dr. Kathleen H. Hicks serves as the 35th Deputy Secretary of Defense; she was sworn into that office on Feb. 9, 2021.
Prior to becoming Deputy Secretary, Dr. Hicks held the position of senior vice president, Henry A. Kissinger Chair, and Director of the International Security Program at the Center for Strategic and International Studies. From 2009 to 2013, she served as a senior civilian official in the Department of Defense. Confirmed by the United States Senate in 2012 as principal deputy undersecretary of defense for policy, she was responsible for advising the secretary of defense on global and regional defense policy and strategy. She also served as deputy undersecretary of defense for strategy, plans, and forces, leading the development of the 2012 Defense Strategic Guidance and the 2010 Quadrennial Defense Review and crafting guidance for future force capabilities, overseas military posture, and contingency and theater campaign plans.
Prior to becoming the DUSD for SPF, from 2006 to 2009 Deputy Secretary Hicks was a senior fellow at the Center for Strategic and International Studies. Deputy Secretary Hicks launched her career as a civil servant in the Office of the Secretary of Defense, serving from 1993 to 2006 in a variety of capacities and rising from Presidential Management Intern to the Senior Executive Service.
Dr. Hicks holds a Ph.D. in political science from the Massachusetts Institute of Technology, an M.A. from the University of Maryland’s School.
More

President at CNAS
Richard Fontaine is the Chief Executive Officer of the Center for a New American Security (CNAS). He served as President of CNAS from 2012-19 and as Senior Advisor and Senior Fellow from 2009-12. Prior to CNAS, he was foreign policy advisor to Senator John McCain and worked at the State Department, the National Security Council, and on the staff of the Senate Foreign Relations Committee.
Mr. Fontaine served as foreign policy advisor to the McCain 2008 presidential campaign and subsequently as the minority deputy staff director on the Senate Armed Services Committee. Prior to that, he served as Associate Director for Near Eastern Affairs at the National Security Council (NSC) from 2003-04. He also worked on Southeast Asian issues in the NSC’s Asian Affairs directorate.
At the State Department, Mr. Fontaine worked in the office of Deputy Secretary of State Richard Armitage and in the department’s South Asia bureau. Mr. Fontaine began his foreign policy career as a staff member of the Senate Foreign Relations Committee, focusing on the Middle East and South Asia. He also spent a year teaching English in Japan.
Mr. Fontaine currently serves as Executive Director of the Trilateral Commission and has been an adjunct professor in the Security Studies Program at Georgetown University’s School of Foreign Service.
A native of New Orleans, Mr. Fontaine graduated summa cum laude with a B.A. in International Relations from Tulane University. He also holds a M.A. in International Affai
More

Senior Fellow and Director Defense Program at CNAS
Stacie Pettyjohn is a Senior Fellow and Director of the Defense Program at the Center for a New American Security (CNAS). Her areas of expertise include defense strategy, posture, force planning, force presentation, security cooperation, and wargaming.
Prior to joining CNAS, Pettyjohn spent over ten years at the RAND Corporation as a political scientist. Between 2019-2021, she was the Director of the Strategy and Doctrine Program in Project Air Force. From 2014-2020, she served as the co-director of the Center for Gaming. She has designed and led strategic and operational games that have assessed new operational concepts such as multi-domain operations (MDO); tested the impacts of new technology, such as human-machine collaboration and combat teaming; explored unclear phenomena such as gray zone tactics and information warfare; and examined nuclear escalation and warfighting. Previously, she was a research fellow at the Brookings Institution, a Peace Scholar at the United States Institute of Peace, and a TAPIR fellow at the RAND Corporation.
Pettyjohn has authored or co-authored reports on a wide range of issues, including readiness and responsiveness, the role of airpower in defeating the Islamic State, competition with Russia, possible war fighting scenarios with North Korea, and command and control of multi-national NATO amphibious forces.
More

Director of Communications at CNAS

Member, Board of Directors at CNAS

Special Assistant, Office of the Secretary at Department of Veterans Affairs

Participant at The Pitch

Participant at The Pitch

Fmr. U.S. Deputy Secretary of State at Department of State

Fmr. Japanese Ambassador to the U. S. at Department

Senior Advisor at The Secretary of Defense for Human Capital and Diversity, Equity, and Inclusion

Chief Diplomatic Correspondent in Europe at The New York Times

Staff Writer at The New Yorker

Former U.S. Ambassador to the Republic of Korea at Department 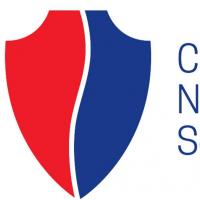 816 conferences
32658 speakers
12329 hours of content
We use cookies on this website to enhance your browsing experience, measure our audience, and to collect information useful to provide you with more relevant content. By continuing to use this website, by closing this box, or by clicking here, you are indicating your consent to our use of cookies.
I agree
Ticket contents