Watch
Add to favorites
28 Speakers
13 Talks
3 Days
5 Hours of content
This page was created based on publicly available data without event host participation.
If you represent Collision - please contact us

Collision 2021 was held online in the interest of public health. Collision attendees participated from wherever they are in the world, streaming talks from tech CEOs, international policymakers and global cultural figures. They communicated with each other through the bespoke Collision mobile and web apps, and engaged with some of the world’s most influential companies and fastest-growing startups.
#avast ciso #clickbait #climate change #collision #content #customer experience #digital #digital freedom #tech abuse #video games
Share

Founder and CEO at Gro Intelligence
Sara Menker is the founder and CEO of Gro Intelligence. Gro illuminates the interrelationships between our earth’s ecology and human economy to help you see the big picture and act on the small details. From assessing the impact of climate change in real time to optimizing agricultural supply chains, Gro’s data, analytics and forecast models provide the honest answers to what on earth is going on.

Prior to founding Gro, Sara was a Vice President in Morgan Stanley’s commodities group. She began her career in commodities risk management, where she covered all commodity markets, and subsequently moved to trading, where she managed an options trading portfolio.
More

Co-founder & General Partner at Canvas Ventures
Rebecca is a Co-founder and General Partner at Canvas, where she focuses on early-stage venture investments in financial services, digital health and mobile. Ranked #23 on Forbes’s 2015 Midas List, she was also named a “Top Women VC” by Forbes in 2013 and 2014. Rebecca led an early-stage investment in Lending Club (NYSE: LC), which was the largest US technology IPO of 2014 and the fourth largest US Internet IPO since 2001 behind Facebook, Twitter, and Google. She also led investments in Check (acquired by Intuit), RelateIQ (acquired by Salesforce), Doximity, Practice Fusion, FutureAdvisor, Viewics, CrowdFlower, HealthLoop, and Convo, and serves as a board observer of Adara and Socrata. She began her career at Procter and Gamble where she launched new products internationally. She then joined NextCard, the first issuer of online credit cards, and became VP of Marketing and head of customer acquisition. Rebecca has a degree in chemical engineering from University of Missouri and a JD/MBA from University of California at Berkeley.
More

Editor in Chief at FORTUNE Magazine
Clifton Leaf is Editor in Chief at FORTUNE, where he directs the editorial content and brand strategy across all of FORTUNE's platforms. Previously, he served as deputy editor at the magazine, and before that was a guest editor for the New York Times op-ed page and Sunday Review. Prior to that, he was executive editor both at the Wall Street Journal’s SmartMoney magazine and at FORTUNE. He is also the author of the critically acclaimed book, The Truth in Small Doses: Why We’re Losing the War on Cancer—and How to Win It, which was named by Newsweek as one of “The Best Books About Cancer,” and which earned Cliff a Lifetime Achievement Award for cancer reporting from the European School of Oncology. A winner of the Gerald Loeb Award for Distinguished Business and Financial Journalism, the NIHCM’s Health Care Journalism Award, and a two-time finalist for the National Magazine Award, Cliff has received numerous leadership honors for his efforts in the cancer fight. A member of the board of fellows at the Stanford University School of Medicine and a keynote speaker at more than three dozen scientific conferences around the world, he has presented testimony to the President’s Cancer Panel three times and delivered “Grand Rounds” at the National Cancer Institute—the only journalist to have ever received the honor.
More

VP of Product at Quantcast

Program Director at On Deck

Senior Reporter at Agenda at Money-Media, a Financial Times Company

MSc Candidate at University of Oxford

Co-founder and CEO at All Turtles

COO at Bank of America

WildAid at Collision 2021: Keep them wild; keep us safe

Collision 2021: How data is helping us fight climate change

Collision 2021: How to Fuel Client Transformation

WildAid at Collision 2021: Keep them wild; keep us safe

Collision 2021: How data is helping us fight climate change

Collision 2021: How to Fuel Client Transformation 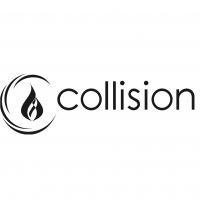 909 conferences
36259 speakers
13921 hours of content
We use cookies on this website to enhance your browsing experience, measure our audience, and to collect information useful to provide you with more relevant content. By continuing to use this website, by closing this box, or by clicking here, you are indicating your consent to our use of cookies.
I agree
Ticket contents