Watch
Add to favorites
22 Speakers
16 Talks
2600 Attendees
7 Hours of content
This page was created based on publicly available data without event host participation.
If you represent SigOpt - please contact us

Co-founder and CEO at SigOpt
Scott Clark is the co-founder, former CEO, and current general manager of SigOpt, acquired by Intel in November 2020. Scott leads SigOpt's ongoing efforts to build a product and vision of an Intelligent Experimentation platform that accelerates and amplifies the impact of modelers everywhere.

Scott has been applying optimal learning techniques in industry and academia for years in areas that include bioinformatics and production advertising systems. Before co-founding SigOpt, he worked on the Ad Targeting team at Yelp, where he led the charge on academic research and outreach with projects like the Yelp Dataset Challenge and open-source Metric Optimization Engine (MOE).

Scott holds a PhD in Applied Mathematics and an MS in Computer Science from Cornell University. He also holds BS degrees in Mathematics, Physics, and Computational Physics from Oregon State University. He was recognized as one of Forbes' 30 under 30 in 2016.
More

Senior Research Scientist at Intel Parallel Compute Labs
Sasikanth Avancha (Member, IEEE) received the B.E. degree in Computer Science and Engineering from the University Visvesvaraya College of Engineering (UVCE), Bengaluru, India, in 1994. He received M.S. and Ph.D. degrees in Computer Science from the University of Maryland at Baltimore County (UMBC), Baltimore, MD, USA, in 2002 and 2005, respectively. He is currently a Senior Research Scientist with the Parallel Computing Lab in Intel Labs and is based out of Intel India in Bengaluru. He has over 20 years of industry and research experience. He has four patents and over 25 articles spanning security, wireless networks, systems software, computer architecture and deep learning. His current research focuses on high-performance algorithm development, analysis and optimization of large-scale, distributed deep learning and machine learning training and inference, on different data-parallel architectures, including x86 and accelerator architectures, across application domains.
More

Product Manager at SigOpt
For the last few years I have been working closely with SigOpt customers to help them design better Experiments and better optimize their models. Since we joined Intel one year ago my goals have pivoted to extending insights from these often heavily involved, custom projects and using them to build product features that empower data scientists to spend more of their time working on the tasks that are most important to them, like attending SigOpt conferences to learn about fancy new types of neural networks.
More

Associate Professor at University of Pittsburgh

Head of Engineering at SigOpt

Assistant Professor of Materials Science and Engineering at University of Arizona

How Can We Be So Slow? Winning the Hardware Lottery by Accelerating Sparse Networks

Deep Learning for Proteomics and the Future of Medicine

How Can We Be So Slow? Winning the Hardware Lottery by Accelerating Sparse Networks

Deep Learning for Proteomics and the Future of Medicine 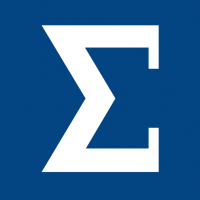 949 conferences
37757 speakers
14408 hours of content
Never miss another conference on this topic
Subscribe Subscribed
We use cookies on this website to enhance your browsing experience, measure our audience, and to collect information useful to provide you with more relevant content. By continuing to use this website, by closing this box, or by clicking here, you are indicating your consent to our use of cookies.
I agree
Ticket contents