Watch
Add to favorites
15 Speakers
8 Talks
8 Days
9 Hours of content
This page was created based on publicly available data without event host participation.
If you represent United States Naval Academy - please contact us

Topic: Cybersecurity
The 2021 McCain Conference examined two understudied and increasingly important issues: “The Ethics of Intelligence and Grey Zone Operations.” While thinking about the justice of warfare is highly developed, ethical analyses of intelligence activities—which can involve lying, manipulation, coercion, stealing and killing—are relatively recent and conflicting.  Some argue that the rights-based just war criteria are applicable to harmful intelligence activities; others insist that spying is a “game” in which participants tacitly agree to abide by certain rules.  In addition to identifying relevant ethical principles, the conference will apply them to specific espionage operations such as human and (rapidly improving) technical methods of intelligence gathering, interrogational torture, covert action, assassination and analysis; and evaluate existing education and oversight efforts.
On the other hand, ethical work on lethal and sublethal interstate competition occurring in a “grey zone” between war and peace has only just begun.  One of the first gatherings of experts on the topic, the conference will define the grey zone, identify the relevant normative frameworks, and discuss moral challenges associated with various operations—limitedly lethal, economic, information, election, legal and cyber.

University Professor in Law and Philosophy, Distinguished Chair in Ethics, and author of Torture, Power, and Law at Georgetown Law, Stockdale Center
David Luban is a University Professor and Professor of Law and Philosophy. Since 2013, he has also served as Class of 1984 Distinguished Chair in Ethics at the U.S. Naval Academy’s Stockdale Center for Ethical Leadership. His research interests center on moral and legal responsibility in organizational settings, including law firms, government, and the military. In addition to legal ethics, he writes on international criminal law, national security, and just war theory. His current project is a book on the moral and legal philosophy of Hannah Arendt.

Luban is a member of the American Academy of Arts and Sciences. He has been a Guggenheim Fellow and a Fellow of the Woodrow Wilson Center, and has received prizes for distinguished scholarship from the American Bar Foundation and the New York State Bar Association. In 2011 he was a Fellow of the Institute for Advanced Studies at Hebrew University.
More

McDevitt Professor of Jurisprudence and Co-Director of the Center for the Study of the Legal Profession and Senior Fellow at Georgetown University Law Center, Stockdale Center
Mitt Regan is McDevitt Professor of Jurisprudence, Director of the Center on the Legal Profession, and Co-Director on the Center on National Security and the Law at Georgetown University Law Center. His work focuses on international law, national security, international human rights, and legal and military ethics.

Professor Regan is also Senior Fellow at the Stockdale Center for Ethical Leadership at the U.S. Naval Academy, and Adjunct Faculty Member at the Center for Military and Security Law at the Australian National University College of Law. He is a participant in two major interdisciplinary research projects: Global Terrorism and Collective Responsibility, funded by the European Research Council, and Split-Second Morality: Protecting Civilians in Asymmetric Conflicts, funded by the Georgetown University program on complex moral problems.
More

Associate professor in the Leadership, Ethics, and Law department at Naval Academy

Professor of Practical Philosophy at University of Stockholm

Professor, and co-author of the forthcoming Soft War: The Ethics of Unarmed Conflict at the School of Political Science at the University of Haifa 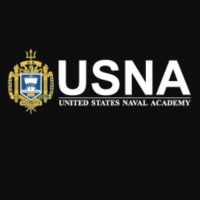 946 conferences
37590 speakers
14370 hours of content
Never miss another conference on this topic
Subscribe Subscribed
We use cookies on this website to enhance your browsing experience, measure our audience, and to collect information useful to provide you with more relevant content. By continuing to use this website, by closing this box, or by clicking here, you are indicating your consent to our use of cookies.
I agree
Ticket contents