Talk Videos from Bitcoin & Beyond 2021

Watch
Add to favorites
31 Speakers
14 Talks
2400 Attendees
5 Hours of content
This page was created based on publicly available data without event host participation.
If you represent AAX Exchange - please contact us

From adoption by countries to a discussion on the role of crypto media, the Bitcoin & Beyond Summit brings together some of the most visionary and creative innovators in the crypto space to discuss the most pressing topics. More than just growing a business, the rise of crypto has provided a real opportunity to innovate at the foundational level of society and address long-standing issues around inefficiency, inequality and injustice. Hype coins, mainstream media FUD, biased economists, influential billionaires, uninformed politicians, wild price swings: these are all distractions.
#bitcoin #crypto #defi #digital age #digital economy #minimg
Share

CEO at Celsius Network
Alex Mashinsky is an entrepreneur who has founded several notable technology firms in the United States. He founded Arbinet in 1996 as a commodity exchange for telecommunication companies to trade unused long-distance minutes. Mashinsky's other company, VoiceSmart, was one of the first firms to offer telecommunications switches to handle ordinary voice as well as Voice over IP call routing.

Mashinsky later founded GroundLink in 2004 as a service to book an on-demand limousine and car services from a computer or smartphone. He was also the founder of Q-Wireless, which later became part of Transit Wireless. From 2014 to 2015, Mashinsky served as CEO of Novatel. He currently serves as CEO of the Celsius Network which is a CeFi lending platform operated by use of blockchain technologies. Mashinsky lives in New York City with his wife Krissy Mashinsky and 6 children.
More

Chief Content Officer at CoinDesk
Michael Casey is an author/journalist, public speaker, entrepreneur, blockchain technology advisor/consultant and the chairman of CoinDesk’s advisory board. As an advisor to the MIT Media Lab’s Digital Currency Initiative and senior lecturer at MIT Sloan School of Management, he counsels students and faculty on research projects that harness blockchain technology to achieve resource efficiency and social impact. Formerly a reporter, bureau chief, editor and columnist at The Wall Street Journal, Michael is keeping his hand in journalism via Streambed Media, an early-stage multimedia production company that’s both focused on and powered by new technologies. He is also the author of five books including, with his co-author Paul Vigna, “The Truth Machine: The Blockchain and the Future of Everything” and “The Age of Cryptocurrency: How Bitcoin and Digital Money are Challenging the Global Economic Order.”
More

Founder & President at Chamber of Digital Commerce
Perianne Boring founded the Chamber of Digital Commerce building it into the world’s largest trade association representing the blockchain industry. Perianne was named among CoinDesk’s “10 Most Influential People in Blockchain 2016” and “Top Woman in Bitcoin 2015” for her public policy accomplishments. An avid public speaker, she has presented at leading industry events including the Consumer Electronic Show (CES), Money 20/20, South by Southwest (SXSW) and many others. She also contributes to Forbes through her column, “The Beauty of the Blockchain.” Prior to forming the Chamber, Perianne was a television anchor of an international finance program that aired in more than 100 countries to over 650 million viewers.

Perianne began her career as a legislative analyst in the U.S. House of Representatives, advising on finance, economics, tax and healthcare policy. She holds her bachelor’s degree in business administration and economics from the University of Florida.
More

Head of Mining at Galaxy Digital

Journalist at Defiance & What Bitcoin Did

Co-founder and CEO at SpaceChain

Co-founder at The Bitcoin Association of Hong Kong

Q&A with Alex Tapscott on DeFi and the Digital Economy

Fireside Chat on Bitcoin in Space

Q&A with Alex Tapscott on DeFi and the Digital Economy

Fireside Chat on Bitcoin in Space 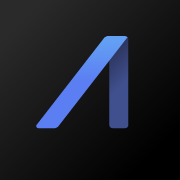 949 conferences
37757 speakers
14408 hours of content
We use cookies on this website to enhance your browsing experience, measure our audience, and to collect information useful to provide you with more relevant content. By continuing to use this website, by closing this box, or by clicking here, you are indicating your consent to our use of cookies.
I agree
Ticket contents