Watch
Add to favorites
21 Speakers
15 Talks
4000 Attendees
7 Hours of content
This page was created based on publicly available data without event host participation.
If you represent Wanxiang Blockchain Labs - please contact us

Starting from 2015, the Global Blockchain Summit hosted by Wanxiang Blockchain Labs has been carried out for 7 years running and has grown into an influential blockchain feast in Asia and beyond.
This event has a reputation of getting global blockchain experts, investors, and entrepreneurs all under one roof year after year. Vitalik Buterin, Founder of Ethereum and Chief Scientist of Wanxiang Blockchain Labs, Gavin Wood, Founder of Polkadot, Jed Mccaleb, Co-found and CTO of Stellar, Nick Szabo, Inventor of Smart Contract, Jae kwon, Founder of Cosmos and other blockchain influencers shared their thoughts on the industry and their experience at previous Global Blockchain Summit.
This year, under the theme of Digital Transformation, the Seventh Global Blockchain Summit foced on the convergence of blockchain and other digital technologies, such as IoT, AI, 5G and its value in empowering the digitalization of our life, economy and society.
#blockchain #digital transformation
Share

Founder at Ethereum
Vitalik Buterin is the creator of Ethereum. He first discovered blockchain and cryptocurrency technologies through Bitcoin in 2011 and was immediately excited by the technology and its potential. He co-founded Bitcoin Magazine in September 2011, and after two and a half years of looking at what the existing blockchain technology and applications had to offer, wrote the Ethereum white paper in November of 2013. He now leads Ethereum’s research team, working on future versions of the Ethereum protocol. In 2014, Vitalik was a recipient of the two-year Thiel Fellowship, tech billionaire Peter Thiel’s project that awards $100,000 to 20 promising innovators under 20 so they can pursue their inventions in lieu of a post-secondary institution path. You can find his website at Vitalik.ca.
More

Dominic Williams is a technology entrepreneur and decentralized systems theorist. His recent inventions include Threshold Relay and Probabilistic Slot Consensus, Validation Towers and Trees, Puzzle Towers, and ideas such as “The 3 E’s of Sybil Resistance”. Previously he founded a venture-backed MMO game that grew to host millions of users running on distributed computing infrastructure he also created. He founded DFINITY in 2016.
More

Cryptographer and Security Expert at Cryptomathic
Whitfield Diffie is best known for his work pioneering dual-key cryptography in the early 1970s. Before Diffie’s 1976 paper “New Directions in Cryptography,” written with Martin Hellman, encryption technology was the sole domain of government entities. The Diffie-Hellman key exchange protocol democratized the use of cryptography and revolutionized the landscape of security in the private sector.
More

Professor of Economics at MIT

Founder, Chairman and CTO at bloXmove

Championing the Retail Revolution at Republic

Co-Founder and COO at The Sandbox 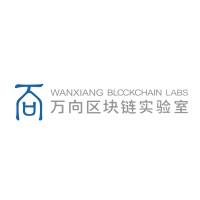 948 conferences
37730 speakers
14401 hours of content
We use cookies on this website to enhance your browsing experience, measure our audience, and to collect information useful to provide you with more relevant content. By continuing to use this website, by closing this box, or by clicking here, you are indicating your consent to our use of cookies.
I agree
Ticket contents