Watch
Add to favorites
18 Speakers
5 Talks
1800 Attendees
3 Hours of content
This page was created based on publicly available data without event host participation.
If you represent Global DCA Events - please contact us

With its roots in blockchain technology and peer-to-peer financial transactions, the world of Decentralized Finance (DeFi) is attracting more than just niche investors. Increasingly, institutions are exploring how and in what way they may enhance efficiency, execute transactions more effectively, increase returns on assets, and maximize profits using DeFi. With the proper understanding, risk management and strategic approach, institutions can defy expectations around efficiency, effectiveness, and profitability and take their firm to the next level. TABB Forum and Global DCA are proud to present the DeFi-ing Expectations: Utilizing Decentralized Finance to Drive Institutional Performance Conference Event and VIP Reception series to offer insight on emerging trends, products and applications tailored to the unique needs of the serious institutional investor.
#capital #defi #finance
Share

Chairman & co-founder at Bloq
Matthew Roszak is a leading blockchain investor, entrepreneur and advocate. Mr. Roszak is chairman and co-founder of Bloq, a blockchain technology company and the creators of Metronome, a next generation cryptocurrency. Mr. Roszak is also founding partner of Tally Capital, a private investment firm focused on cryptocurrencies and blockchain-
enabled technology, with a portfolio of market leading companies including: Binance, Block.One, Blockstream, Civic, Genaro, Orchid, Polymath, Rivetz, Spacechain, tZERO and Qtum.

Mr. Roszak serves as chairman of the Chamber of Digital Commerce, the world’s largest trade association representing the blockchain industry — and the founder of the Token Alliance, an industry-led initiative developing best practices and standards for the responsible issuance of tokens. In addition, Mr. Roszak serves on the board of BitGive, a non- profit foundation that improves philanthropic impact with blockchain technology. Mr. Roszak is also the founder of the Chicago Blockchain Center, a public-private partnership with the State of Illinois, CME Group, DRW and Lightbank. Mr. Roszak was a producer of the industry’s first ever documentary, The Rise and Rise of Bitcoin.
More

Venture Tech Investor at Grasshopper Capital
Venture Capitalist and Family Office investor for the past decade and the past year with Grasshopper Capital and previously Scout Ventures. Am committed to building a more equitable, diverse and transparent future through investment in new technologies.
More

Head of Sales - Americas at Copper.co

Director of Regulatory Relations at Blockdaemon

Head of Smart Contracts at MakerDAO 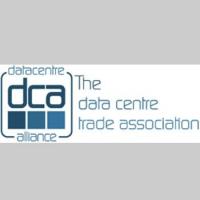 946 conferences
37606 speakers
14373 hours of content
We use cookies on this website to enhance your browsing experience, measure our audience, and to collect information useful to provide you with more relevant content. By continuing to use this website, by closing this box, or by clicking here, you are indicating your consent to our use of cookies.
I agree
Ticket contents